What does “man zou” mean? 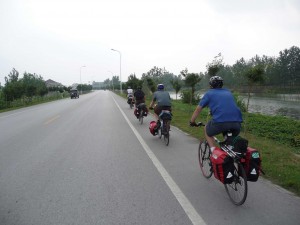 It’s a common Mandarin Chinese phrase that translates to “walk slow.” Used as a farewell, it's a way of reminding one another to be careful and mindful on the journey, and take the time to see things along the way. Walk slowly and you won't fall.

And there’s perhaps no better emblem of the fast-growing, ever-changing nature of the modern world than its most populous country, China. 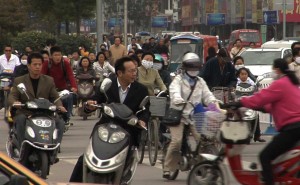 A week after the 2008 Beijing Olympics, Jason Reid and his team of three Seattle filmmaking cyclists arrived in China for a 1,000-mile bicycle trip from the capital city to Shanghai. Without a support vehicle but with the help of 23-year-old Chinese guide Doven Lu, the crew filmed their experience traveling over landscapes at turns urban and rural, mountainous and flat.

By slowing down and embracing the man zou philosophy in the unique way that bicycling allows, Jason and company were able to capture a view of China rarely glimpsed by Western audiences.

On Friday, Feb. 18 at 7 p.m., Cascade will screen the resulting 86-minute film: Man Zou: Beijing to Shanghai at the Seattle flagship REI. 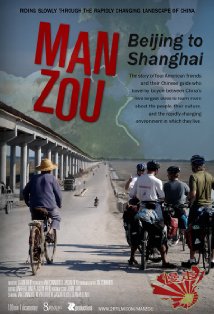 “Our goals for the film were very simple…To go to China for the first time and bicycle from Beijing to Shanghai 1,000 miles, without the assistance of support vehicles. We went in with open minds and constantly running cameras, in an attempt to capture a more intimate look at China, the people, and the rapidly changing environment in which they live. I have always felt that bicycle touring is the best way to see a country because of the level of access that you get by traveling 3 feet off the ground, at 10-15 mph. We were also lucky enough to have a Chinese guide, Doven Lu, along with us on the journey. In traveling with him and seeing the country at that level, I think that we were able to see China through a lens that not many people have looked through.

We always intended for Man Zou to be much more than an adventure film about our travels in China. Instead, we wanted our experience to serve as a vehicle to delve into some of the larger issues that were facing the country following the 2008 Beijing Olympics. In retrospect, I believe we accomplished these goals for the project. In riding through the varied urban and rural areas between Beijing and Shanghai, it opened a window into some of the many contradictions that exist in China today: old vs. new, rich vs. poor, development vs. environment and taking time to see things along the way vs. moving rapidly in the modern world. 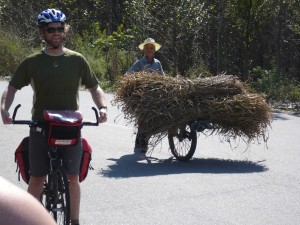 The director Jason Reid in China

Looking back on what we did, there is little that I would change, other than having more time in China to let all of the things we learned sink in. Although we got to experience so much while we were there, it was still not nearly enough time and we could have easily stayed twice as long. But this is the plight I think we all face in 21st century…not having enough time to take the time to absorb things, to learn about different cultures and people, and to “Walk Slow.” It wasn’t by accident that we titled the film Man Zou. Just like most Americans, I have difficulty walking slow and in making this film, I forced myself to take 6 weeks out of my busy life to experience China and everything it has to offer in the hopes of understanding it just a little more. Although it was a challenge to me to break away and change my mindset, it was ultimately one of the most rewarding experiences of my life. I hope our film can serve to inspire others to do the same.”

So, take the night off. Slow down. Join Cascade on Feb. 18 for this uncommon look at modern China. Man zou.

Logan 02
Mon. Feb 3, 2020 6:01am
I told her that Just visit this website for detailed stuff about many topics. <a href="https://topamericanwriters.com/essayshark-com-review/">is essayshark legit</a> is good for me as i have tried it before. They uploaded has always shared many things that are helpful for others and this is one of them. I would like to try them in case you need to.

2021 Year in Review: Bikes Brought Us Together