Wheels: Just to name a few…Geekhouse The Polo Machine, a Custom Hardcourt Polo Bike one of the first made in the world. Surly Long Haul Trucker, useful for everything from touring to just toting around Leon's small dog. Redline Conquest Pro: a Cyclocross bike great for ripping around downtown. Lemond Zurich this is the nicest road bike Leon has ever owned. It has Platinum OX steel on the bottom half and Carbon on the top half. L'Esperance, a custom cycle truck it also has a sound system built in so it is fondly known as Leon's "party bike." Salsa Spearfish, a full suspension CX mountain bike and these days it is Leon's favorite bike to ride.

Commute: Leon’s commute ranges from just over one to six miles, since he travels to various schools in the Major Taylor Project Tacoma program.

Favorite Ride: The STP with the Major Taylor Project. Getting to help high school students achieve this ride is one of the greatest things Leon has ever had the privilege to do on a bicycle.

Leon grew up in upstate New York and went to college at SUNY Purchase. He got into cycling in college when he started working at a bike shop called ET Cycles. In 2005, after college, he moved to Seattle and worked for both Montlake Bike Shop and Kirkland Bike Shop. Leon went through every role you can at a bike shop over the course of four years.  After that, he decided that he wanted to help people for a living so became a Massage Therapist in 2010. After massaging people and helping them overcome their injuries for about five years, Leon was missing the world of cycling. This is when he decided to become a ride leader for the Major Taylor Project. Getting to ride a bike, help teach youth about cycling, and see how it can change their lives has been the perfect job.

Leon loves a challenge. Here are some of the things he’s accomplished, of which he is particularly proud: 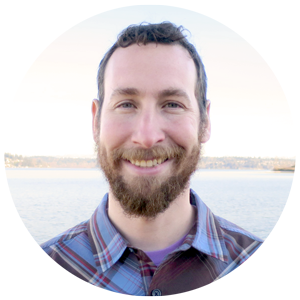