Commute: 1/2 miles, downhill all the way.

A few years ago Richard decided to ride the Seattle to Portland in one day. Until then his longest ride was the 20 mile commute to work. He joined the Cascade Training Series as a way to prepare. This was his first connection with the Cascade Bicycle Club (CBC) and introduction to the road bicyclist community, trying to look good in lycra, and the passion and commitment of the Cascade Volunteers. Since that time he has moved from straight handlebars to drops, knows how to change a tube in about five minutes, paceline effectively, and to always ride S.M.A.R.T. The CBC has brought biking to him and his family as it has done to thousands of others, and he too has found an inner peace riding in a pack with only the quiet hum of rubber on road.

Richard has moved to CBC after a 21 year career at Microsoft, leading diverse teams on a broad set of business challenges. Richard is honored to lead CBC and WA Bikes across its activities of the best events in Washington State, advocating for all cyclists, educating and exposing young riders to the advantages of bicycling and continuing to grow the largest bicycling club in North America. 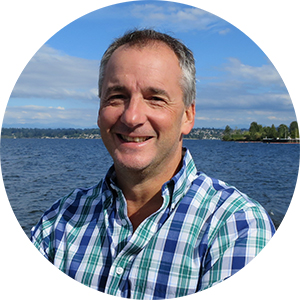