We envision a Seattle where 1 in 10 trips is by bike. Here's the plan to get there: CONNECT SEATTLE. 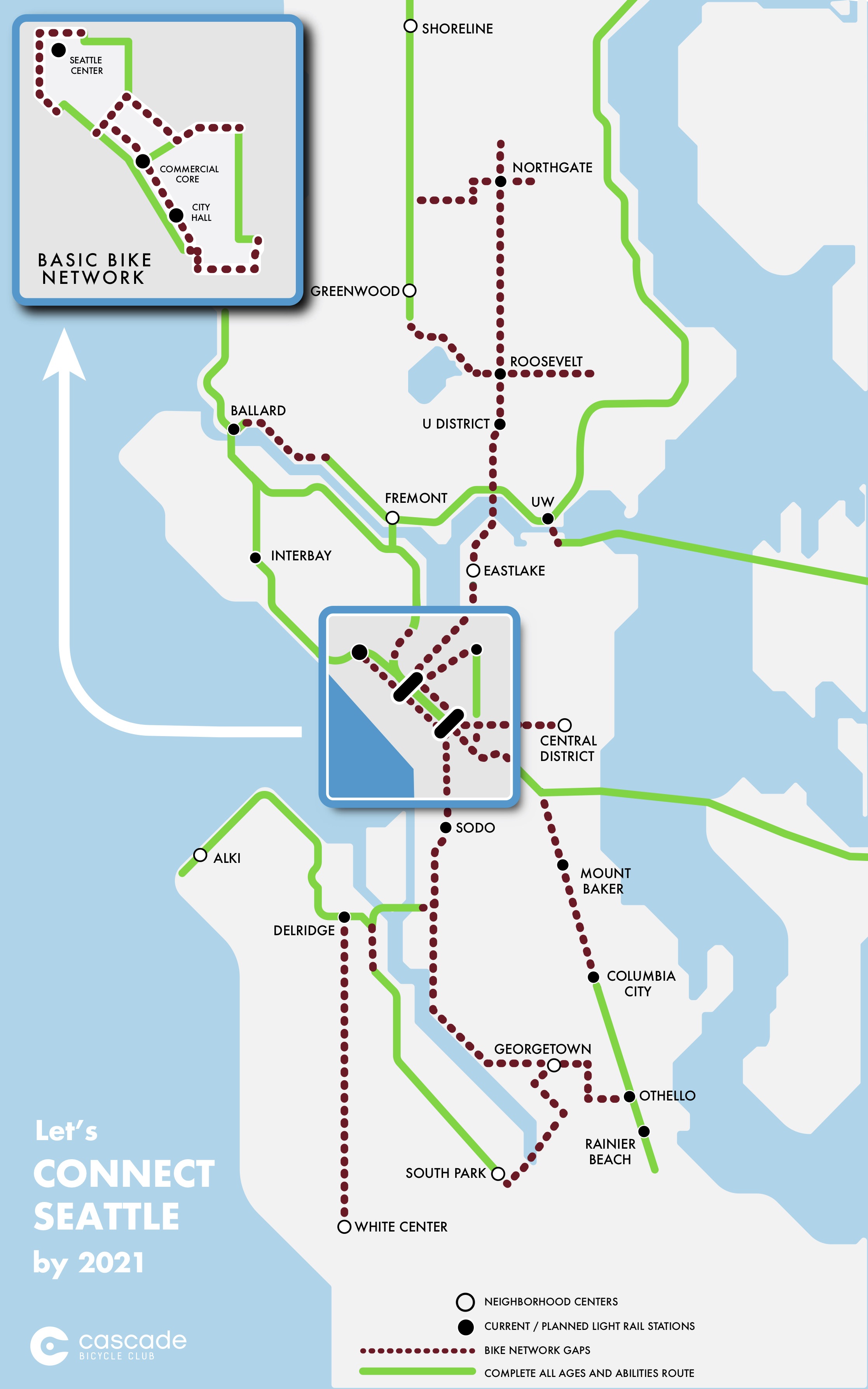 As more Seattleites look for fast, affordable transportation options, we envision a Seattle where 1 in 10 trips is made by bike.

Making that vision a reality isn’t about hitting a magic number. It’s about creating happier, healthier and more inclusive neighborhoods – connected by bike – all across Seattle. We envision a Seattle where everyone, regardless of how we look or where we live, has the choice to hop on a bike to get to the store, to commute to school or work, or to cross town to visit friends and family for dinner.

1 in 10 trips by bike isn’t just an aspirational goal.

a path towards 1 in 10 trips by bike: Connect Seattle.

Here’s what it means: If Seattle follows through on a handful of projects that are already in the works – and completes them over the next three years  – we’ll have a basic network of bikeways across the city by 2021. When we Connect Seattle, we connect people to the places they need and want to go by bike. And that means more people, taking more trips by bike.